My yearly dose of dragons 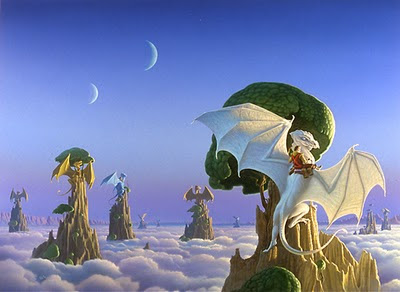 Everyone has that book they just can’t get enough of, the world that calls to them in their dreams. For me that world is Pern. I started reading Anne McCaffrey’s Dragon Riders of Pern series in high school. It was a massive book, having the first three books of the series inside. I instantly fell in love. Who wouldn’t? Anne’s dragons are so much more than the fantasy genre dragons, they are real. Bio engineered from flying fire breathing lizards on a distant planet that the humans colonize. When a dragon hatches it impresses on a lucky candidate and a mental bond is made. From that point on the pair are joined not only by mind, but by heart. How awesome would that be! To have a great fire breathing dragon who absolutely adores you unconditionally?
All things are not perfect on Pern though, and shortly after colonizing, the settlers learn that the stray planet unleashes a terrible menace on their new home. What they begin to call thread falls from the sky and eats whatever it touches, burrowing into the ground and ruining crops. The colonists have no fuel to make it back to earth, and must learn to survive with what Pern has to offer. Thankfully, the planet is protected by tiny flying lizards. If only they were bigger…
Fast forward thousands of years later. The dragons are now the size of airplanes, and fight thread in fighting wings. The humans have lost their technology, and think the story of their ancestors coming from a distant planet nothing more than a myth. 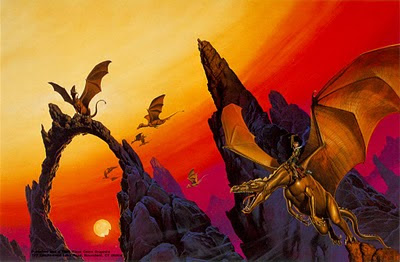 Anne did such a marvelous job in creating this beautiful world of dragons. She delved deep into science, and the human condition, creating a believable world with characters you love. The dragons are just the cherry on top!
It’s a world I don’t think I will ever tire of. Every year I return. I devour the books one by one until once again I have read the entire series. In the time it takes me to read these books, I dream of dragons. 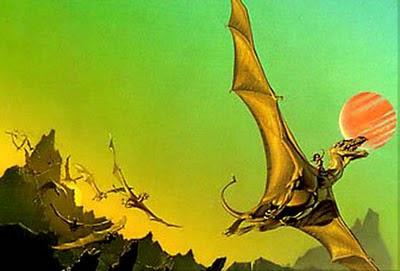 What book do you dream of? Which one calls you back saying, “Read me again, you love me!”
I hope you give The Pern series a read, and fall in love, just as I do every year. Check it out here on Amazon
Ta!
A.McBay