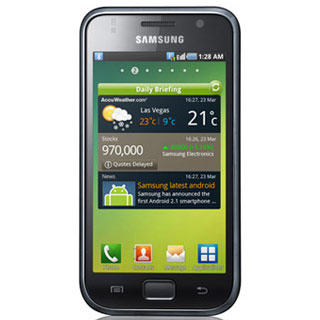 This morning in TPR we got into the discussion about writing on phones. It’s a habit I have taken to simply because it is so easy to pull my phone from my pocket while I sit and watch my kids play, or when I am on one of my 8 hour road trips to visit family. My handwriting is slow, so typing on the phone usually equals the time it would have taken me to write longhand, except when done I don’t have to type it all up. I simply plug my phone into my computer’s USB and drag the file over.
For Christmas my hubby got me the Samsung Galaxy S. It came preloaded with Thinkfree, an app great for making word, excel, and powerpoint files. There are a number of other apps out there for writing but I prefer the tried and true ThinkFree. 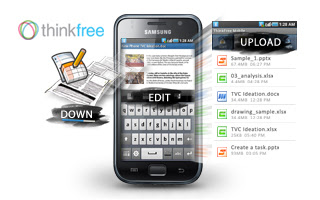 I’ve heard of several writers now depending on their smart phones more and more to finish their manuscripts, seeing that most of them are full time workers and must write on the go, using that time on the bus or subway commute to tap out a few paragraphs.
So is it difficult to write with your thumbs? Not really. You quickly adapt, and your fingers soon recognize the movement and keyboard layout. Not to mention the more you write, the more the phone recognizes words you use more frequently. Personally, I would much rather type from my phone than the bulky, uncomfortable keyboard of the ipad.
Top it off with all your favorite writing music on the same platform as you’re working from and you have a dependable, mobile office right there in your pocket.
When I was asked to go to a cooking show (not really an interest to me, but I went anyway for my friends) I was thankful to have my Galaxy S, and went to work on my manuscript while the show went on. The show itself ended up being a bore to my friends as well and they were curious as to what was so interesting to me on my phone. When asked what I was doing I responded that I was working on my book. All I received was a guffaw from my friends. They were amazed that I was happily working while they were being bord to tears with the cooking hostess.
What can I say? I’m a techno-junkie. I’m always looking for the next gadget to play with, and if it helps with me finishing my book, then it’s well worth it.
As technology progresses, it gives writers more ways for creating wherever they may be. How do you write on the go?
If you want to learn more about the history of mobile phone novels, check out this link: http://blog.dialaphone.co.uk/2009/05/01/history-of-books-written-on-mobile-phones/
Ta!
A.McBay