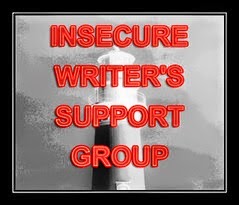 It's that time again! Time for Insecure Writer's Support Group founded by Alex J. Cavanaugh and designed for writer's to help writers in all the trials of writing. For more information follow the link

It's November and for writers that means it's time for NaNoWriMo! A time when most writers are striving for that 50k word goal. I'm currently plugging away. The past few years it was tough for me to write. My fibro fog made it difficult to remember certain words I needed to use, and where I was going with a scene. I would waste precious time staring at my screen trying to work through the fog. My chronic pain and fatigue worked against the flow of words, and I would often just get up and leave, frustrated and feeling like a failure.

Then my husband gets me to try Thrive by Le-vel. His buddy promotes the stuff and when he heard about my problems he sent a trial pack. 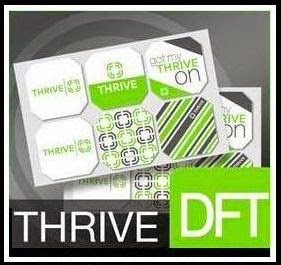 To be honest, I didn't believe it would work. I thought "oh it's just another weight loss program promising energy."

The first day I tried it, I felt I was just having a good day. My pain was minimal, but I still needed that afternoon tea pick me up. The second day I was bouncing off the walls, full of energy, and for the first time since high school, I felt hyper!

So I ordered an eight week pack, hoping the energy would help me get though NaNoWriMo. After the mental fog lifted, I was up first thing in the morning typing. I feel fantastic!

So far I have kept up with my word counts (actually I'm ahead!), the story is flowing so well, and my imagination is coming up with ideas so easily that I feel I'm able to slip into the story world. I'm enjoying writing again! All this time I thought I was terrible. I felt like a failure because I couldn't churn out ideas like everyone else seemed to do so easily and unlike other who seemed to live in their books, I was dragging mine kicking and screaming into the world, but really it was the fog that was causing all the problems.

The greatest thing is waking up in the morning with the energy and clear head. I've never been a morning person. I would wake up feeling like I didn't sleep at all, and frustrated for the waste of time sleeping seemed to be. Now I wake up refreshed, and after getting my daughter to school I'm ready to write. Even after the cold front this week caused me some aches and fatigues, I was able to push through and stay ahead of my goal.

I'm not currently promoting for Le-vel, meaning I'm not selling the stuff, but I certainly would give it a try. At least the patches for energy and mental clarity. It has certainly helped me!

Now! Back to that NaNoNovel!!!